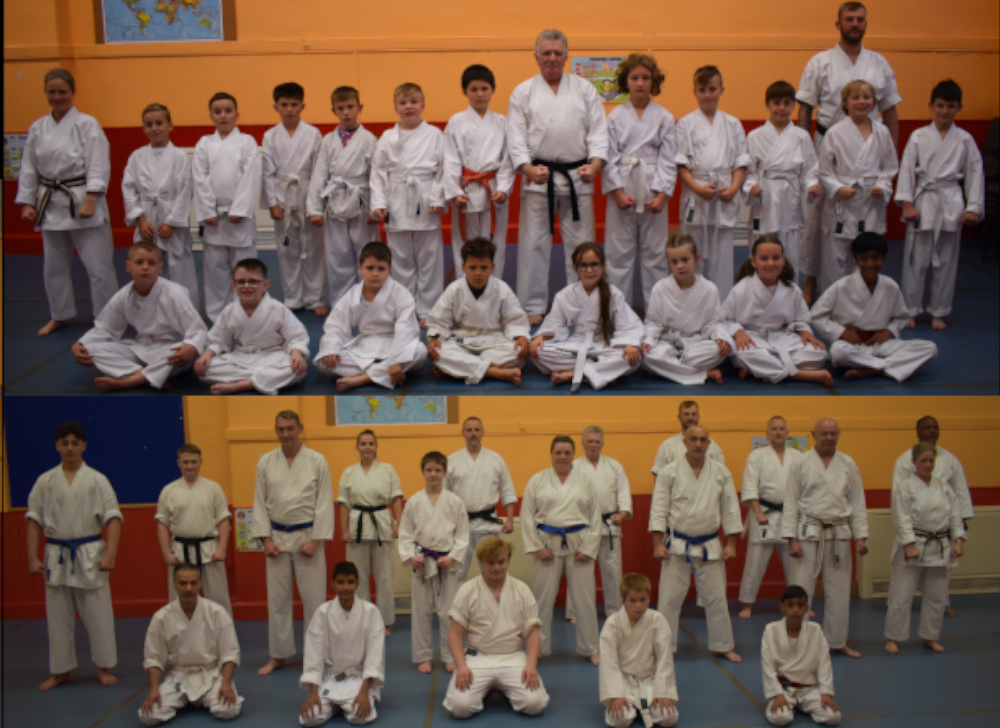 Derived from two Japanese words, “Shoto” and “Kan.” The translation means House (Kan) of Shoto, Shoto being the pen name of the poet Gichin Funakoshi. Funakoshi, also known as the father of modern Karate, was trained (illegally back then) from eleven years old in Okinawa by bodyguards and descendants of bodyguards of the Shuri Prince of Okinawa. After the Japanese invasion many years before, the Okinawan’s, forbidden to own weapons by the Japanese, allowed the Okinawan Shuri prince to rule. Employing clerks etc. to assist him, these clerks were actually experienced, brutal street fighters. Through the years, they derived a true fighting art, mostly hidden from their Japanese overlords. After Funakoshi denounced his Samurai heritage and formalised his now extensive training experience, he named it Shotokan. In 1908, and asked to demonstrate his new martial art for the Emperor in Tokyo, he never returned to Okinawa; instead, Gichin Funakoshi taught Shotokan in universities all over Japan, as his sons did.

Just before the Pandemic, Thackley Shotokan Tigers left the association they had been a member of for over 20 years. Sensei Tony Cheetham-Hudson then decided to form his own association, the TTTKA, Thackley Tigers Traditional Karate Association. The new association is also an associate member of the prestigious FEKO International too, the Federation of English Karate Organisations. The club and the new association are now totally autonomous and allowed to grade and license their own students. Additionally, we can licence other Martial arts clubs through the TTTKA too if they wish to join us and be also licensed through us.